YOUR FUTURE IS ALL THAT MATTERS
VISIT OUR OFFICE LOCATIONS 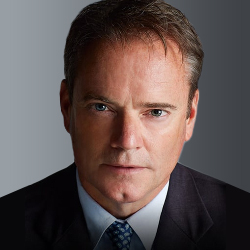 Having represented defendants in state and federal courts for over two decades, criminal lawyer Will Hanlon has the legal knowledge and the courtroom skills to aggressively defend the rights of people who have been accused of a wide range of offenses under Florida and federal laws.

When Hanlon Law accepts a case, we devote ourselves to exploring every possible way to protect a client’s future. Based in the St. Petersburg area, criminal defense lawyer Will Hanlon knows how frightening it is to be accused of a crime, and he understands that a conviction may have consequences beyond any specific penalty that is imposed.

Even after a sentence has been served, a criminal conviction may affect the defendant’s ability to hold a job, get an educational degree, or exercise rights like owning a firearm. If you need a sex crime lawyer or are facing charges related to drug crimes, acts of domestic violence or other violent crimes, theft offenses, white collar crimes, or more, we are ready to fight for you to the fullest extent of the law.

All criminal charges need to be established beyond a reasonable doubt. Although this is a tough standard, it is critical to retain an experienced attorney who can look at your situation and determine a strong defense strategy. The strategy may address procedural and constitutional issues and involve motions to suppress evidence. However, in some cases, a substantive defense might work better, such as a self-defense argument when the charges involve battery. Prosecutors do not need to offer you a plea deal, which makes it even more important to hire a skillful criminal defense attorney in the St. Petersburg area.

Sex crimes are taken seriously by Florida prosecutors. Sex crimes include sexual battery, lewd and lascivious crimes against minors, child pornography, and prostitution. If you are convicted of certain sex crimes, you may be required to register as a sex offender for the rest of your life. That means that you will need to meet certain formal requirements, and people whom you know may find out that you are a sex offender. You may find it very difficult to find a job or secure a place to live, although there are limited circumstances under which you can petition to have this requirement removed. A St. Petersburg criminal defense attorney can help you fight sex crime charges vigorously to avoid or minimize the potential consequences.

In Florida, a violent crime conviction can carry a harsh sentence of incarceration and substantial fines. Violent crimes that carry significant penalties include rape, aggravated battery, murder, aggravated assault, and robbery. Each crime is prohibited by a different statute. Each element set forth by a statute must be established beyond a reasonable doubt. Moreover, there may be substantive defenses that apply in certain situations, such as self-defense or a Stand Your Ground defense.

Under Florida Statute section 812.014, there are two categories of theft: petit theft and grand theft. You can be charged with either crime, depending on the value of what was allegedly taken. There are three degrees of grand theft. Generally, the value of what was taken must be at least $300 in order to be charged with grand theft. In either case, the prosecutor usually will need to prove beyond a reasonable doubt that you knowingly took or used someone else's property, and you intended to benefit from it or keep the victim from benefiting from its use. Additionally, if you are charged with grand theft, the prosecutor must prove the value of the property beyond a reasonable doubt.

Most white collar crimes do not involve violence. Instead, they involve an intent to deceive for financial gain. White collar crimes include bribery, counterfeiting, pyramid schemes, and embezzling. You should retain a criminal defense lawyer in the St. Petersburg area to help you fight these complex charges. Florida has enacted special protections against white collar crimes with the White Collar Crime Victim Protection Act (Florida Statute section 775.0844). This law provides for enhanced penalties under certain circumstances. For example, you can be charged with a first-degree felony if you perpetrate an aggravated white collar crime in which 10 or more elderly people are victims.

Drunk driving is a criminal charge. The prosecutor must show either that your blood alcohol content was at least .08% or that you were impaired by drinking or doing drugs. For a first-offense DUI, you may face multiple penalties. These may include jail time, fines, a suspended license, and the requirement that you install an ignition interlock device. The more offenses that you accrue during a lookback period, the harsher are the penalties that you may face.

Domestic violence is charged if a crime is committed in which the perpetrator has a family or household relationship with the victim. Family or household relationships exist between people who are married, ex-spouses, or blood or marriage relatives, or people who live like family or lived like family before and people who are co-parenting. Generally, household members and family members need to be currently living together or have lived together in the past in a single dwelling unit. Crimes that can support a domestic violence charge include battery, assault, sexual assault, stalking, aggravated stalking, kidnapping, or false imprisonment.

Child abuse is a serious charge. As a St. Petersburg criminal defense lawyer can explain, you can be charged with child abuse even if you are not a parent of the child whom you assaulted or otherwise abused. Anybody who commits an intentional injurious act against a minor may be charged with child abuse. This charge would be elevated to aggravated child abuse, a first-degree felony, if the prosecutor can show beyond a reasonable doubt that you committed an aggravated battery against a child. For a first-degree felony aggravated child abuse conviction, you might face a maximum of 30 years’ incarceration, plus a fine of $10,000.

Probation is also called community supervision. It allows a defendant to avoid going to jail as long as they meet specific conditions. These conditions can include regularly meeting with a probation officer or abiding by a particular curfew. Often, there are multiple conditions that a probationer must meet. If you fail to meet a condition, this is considered a technical violation of probation. However, if you commit a new crime, this is a substantive violation, and you may face going back to jail.

The stakes are very high when criminal charges are involved. The course of your life may be changed by the outcome. However, you should not despair or assume that a conviction is assured. It is crucial to obtain legal representation from an experienced attorney with a strong reputation. Call Will Hanlon at Hanlon Law at 727.289.0222 or complete our online form.

Time is Of The Essence

Hanlon Law knows that time is of the essence, we move quickly to protect your future.

With over 20 years of experience, we focus solely on Criminal Law and Injunctions.

“Mr. Hanlon has the confidence and experience you need when dealing with possible criminal charges.”

View Testimonials
Practice Areas
Informational Videos
Criminal Defense
Sex Crimes
Drug Crimes
DUI / DWI
View More
Client Reviews
★★★★★
As a practicing attorney, I was shocked to hear that a family member of mine was alleged to have committed a sex crime. Knowing full well the consequences this type of allegation can have on anyone and their future, I immediately reached out to William Hanlon for help. I had every confidence that Mr. Hanlon had the knowledge, expertise, and experience to handle this problem. Approximately 4 weeks from an initial conference with Mr. Hanlon, we received a call with the news that a letter of release was being issued and the case was being dropped. Now my family member can finally exhale, take a deep breath, and go on with his life. Thank you, William! Jerry
★★★★★
Was on the ball. Remembered names, events, places, situations. Never need to re explain the situation. Keeps in touch through out the entire experience and keeps you feeling safe, comforted and protected. Fights hard. Worth every single penny. Would never settle for anything less than Will. Carrie
★★★★★
I was facing a charge that if convicted would carry two years in prison minimally. Not only was he empathetic and listening to what I had to say but he arranged with the prosecutor for my charges not to be filed under terms of a pre trial investigation. Would highly recommend. Alec
★★★★★
I am very happy for what he did for me. Always there when I needed him. Explained everything well. He Fights for his clients. He got me what I needed. Hes an excellent lawyer. Mutaz
★★★★★
Mr. Hanlon did what no other lawyer could do. Not only did he turn my criminal history into a thing of the past so I could move on, he was a loyal associate. No matter how bad the situation is, he has miraculously cleared me on every charge since he became my lawyer 5 years ago. I have the best lawyer that the legal system has to offer. I have had other really good lawyers try to get my business, but I know that no one can do a better job than William Hanlon. Jesse
View More
Submit a Law Firm Client Review
St. Petersburg Criminal Lawyer Blog
View More»
Office Map
Contact Us 24/7